At the moment, Arsenal is a football club at a crossroads. Everywhere you look there are signs of division and the possibility for events to go one of two ways.

The contracts of Alexis Sánchez and Mesut Özil are perhaps the biggest cases in point, with neither of the club’s two marquee players – as of yet – willing to sign an extension. Both have just 18 months to run on their current deals and if talks continue to rumble on Arsène Wenger will have a decision to make this summer.

Does he sell Özil and Sánchez for a transfer fee or does he let their contracts run down before allowing them to leave on a free in June 2018? If we look at what history has told us, the former of those seems much more likely. Just look at the sales of Robin van Persie to Manchester United and Samir Nasri to Manchester City.

Then there is the matter of Arsène Wenger’s own contract. That is due to expire at the end of this season and so far there has been no mention of an extension being signed, or talks having even begun.

When in the same situation back in 2014, it was not until May that Wenger finally signed an extension – just a month before his contract was due to expire. That came too in the aftermath of an FA Cup victory that ended the club’s long-standing trophy drought and you get the sense now that Wenger may well be waiting to achieve similar success before signing a new deal this time around.

To top it all off, there is a feeling too that fans are at a crossroads. Many of the supporters feel it is time for a change, while others still believe Wenger is the man to lead Arsenal forward. Both sides have strengths to their arguments and, while it may be difficult to decide who is right, we can at least agree there is a divide.

But one crossroad that is perhaps being overlooked as we prepare to say farewell to 2016 is the future of Arsenal’s British Core. 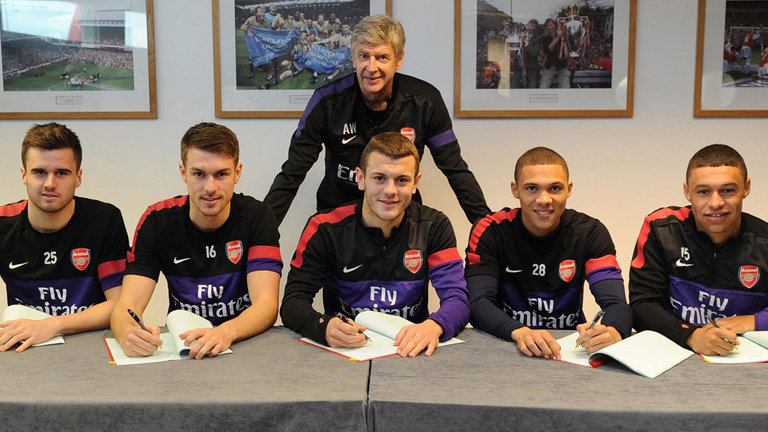 It was back in December 2012 that the phrase was first coined as the club made a big statement about the fact they had tied down five young and talented British players. With smiles on their faces Aaron Ramsey, Alex Oxlade-Chamberlain, Carl Jenkinson, Jack Wilshere and Kieran Gibbs all posed for the camera with their new contracts in front of them.

Behind them stood a looming Wenger, equally pleased by the fact he had tied down five players at the same time.

“I believe when you have a core of British players, it’s always easier to keep them together,” Wenger said at the time.

“We are delighted that these five young players have all signed new long-term contracts. The plan is to build a team around a strong basis of young players in order to get them to develop their talent at the club.”

With an average age of just over 20 among the five players, there was a sense from Wenger – and others – that Arsenal had secured the basis of their future team. Here was a group of young players, all with strong ties to the club, who were ready to mark a new era. The British Core had been born.

However, if we look now, the picture is not so rosy.

During Sunday’s 2-1 defeat to Manchester City, Oxlade-Chamberlain was the only one of the five to make an appearances and he was taken off just 13 minutes after he had come on as a substitute due to injury.

Joining him on the bench was Gibbs, while Jenkinson – a player Wenger said at the start of December he will not play at the moment because he is low on confidence – did not make the squad. Another of the five, Wilshere, is currently out on loan at Bournemouth.

Ramsey is perhaps the exception here as he only missed Sunday’s trip to the Etihad due to injury, but the involvement – or lack of in this case – of the other four of Arsenal’s British Core speaks volumes. We can talk all we want about how Özil and Sánchez, Wenger and the fans are at a crossroads, but this experiment is undoubtedly at one too.

And once again it is contracts bringing the matter to a head.

Gibbs’ current deal is due to expire in 18 months, as are those of Chamberlain and Wilshere. Jenkinson and Ramsey’s contracts, in addition, are set to run until the summer of 2019.

So just like with Özil and Sánchez, Wenger has to decide whether it is time to stick or twist, particularly when it comes to Chamberlain, Gibbs and Wilshere. If they are going to go, they need to be sold this summer or else they’ll be leaving on a free in June 2018. 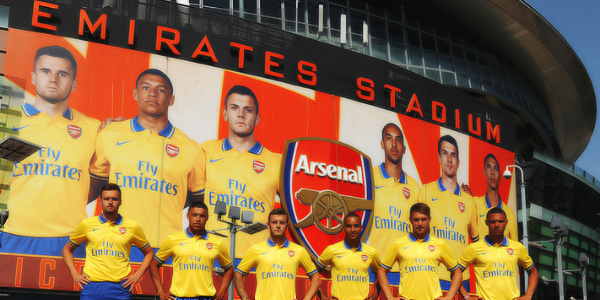 For Wenger, it is naturally a difficult decision to make. Selling any of his British Core will be an admission that the project has failed to succeed in the manner he hoped. The club have invested plenty of time and money in these players and, while it sometimes may not feel like it, they are still young. Gibbs at 27 is the oldest of the lot, but even at that age he has at least four years ahead of him at the top level.

However, given the new money available to Arsenal and other Premier League clubs there is an argument for Wenger to cash his chips in. Back in 2012, given the Gunners’ financial state, such a scenario was not possible. The club had to make do with what they had and they couldn’t simply go out into the transfer market.

It is different story now, though, and if Wenger were to start dismantling his British Core you’d imagine the club would bank a tidy sum – especially given the new television money that clubs have at their disposal. That money, along with Arsenal’s existing transfer budget, could be used to replace the likes of Chamberlain and Gibbs with players that four years ago would have been unobtainable.

It is without doubt a crossroads that soon Arsenal and Wenger will have to make their mind up about and for now we can only guess which way they will turn. But you would suspect, given where the British Core are now, we may not see the same photo as we did in December 2012.

Back then, the picture was one of smiles as Wenger stood above his five youngsters signing new deals. Now, it is one of uncertainty.

Latest Pod? Check it out below and while you’re there, why not listen back to our last Radio show?