Could the injured cavalry return be the push we need?

Could the injured cavalry return be the push we need?

If you’re going to press on for a title as we look to end a long drought without it, having players come back from injury in the second half of the season, is better than losing them for the rest of the campaign for sure.

With the three who are yet to feature this season in Jack Wilshere, Tomáš Rosický and Danny Welbeck, you can bet each will have their own determination to show not only the manager they are deserving of a chance in this title run, but themselves. Then guys who were concrete in the first team like Coquelin and Cazorla will be also hoping to reassert themselves back in to the starting 11.

So with Jack Wilshere, he will definitely feel he needs to show that he can be a big part of this team if we are to go on and win the league. Personally, he will want to finally put his horrendous injury run behind him and show the consistency and potential that had Gooners drooling of the prospect of what he could be all those years ago. Finally, he will want to prove that if his fitness can hold, that he is still part of the club’s future after this season also, as it’s beyond the point of being able to trust his body now. But a strong run from now to the end of the season, title or not, would be huge if he is to be at the club beyond this summer.

In what has to be his final season at the club, which you’d love to see end with a trophy and a testimonial, cult hero Tomáš Rosický will as always, give his absolute all for the rest of the season and in the chances afforded to him by Arsenè Wenger. I personally can’t see the injury stricken Czech Republic international being given more than 10-15 games even if he keeps his fitness, but with the rate of injuries at Arsenal, you never know. One thing is for sure, what little chances he will receive potentially, I for one will be enjoying every moment of one of my favourite players to ever don the shirt. 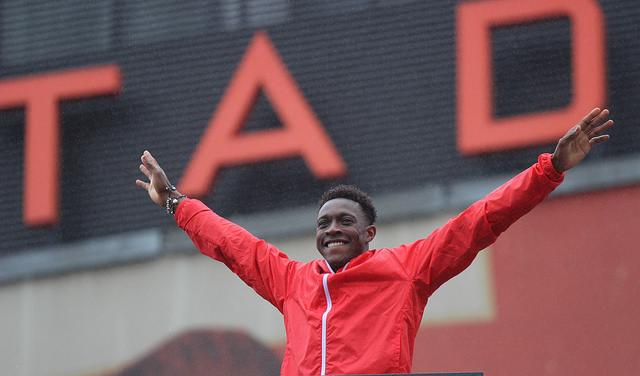 Danny could provide a timely boost this Spring. Credit: joshjdss under license

Danny Welbeck may well feel he still has some repaying to do of his 16 million pound transfer fee. His first season wasn’t brilliant, nor was it terrible by any means, but for me, he still has a lot to show and hopefully he can still grow at the club. Plus being back-up to the very in form Oliver Giroud, Welbeck will have to work hard to push himself in to contention. That may well be the case if he is also to be pushed out wide at times, where he has proven to be a tireless worker.

So on to the returning pair of Francis Coquelin and Santi Cazorla. While just this week we announced the signing of Mohamed Elneny from Basel, and although Mathieu Flamini has done a well enough job in the absence of his compatriot, you’d imagine that Coquelin will slot straight back in to the first team as soon as he is sharp and ready to do so. He has been the biggest miss in the side in his absence and yet we are still within touching distance of the top of the league, his return could coincide with many positives, especially defensive stability.

Santi Cazorla on the other hand I’m not so sure about. While on one hand, the form of other midfielders may be the root cause to slot him right back in to the side, being the wrong side of 30 will have its negatives. Yet it’s also true that his composure and being the main passer from defence to attack has been missed, going forward you can say the dominance of Mesut Özil’s play has meant that Cazorla hasn’t been as missed as his midfield partner although they both play different styles. We’ll have to wait a bit longer for Cazorla as he isn’t expected back for a bit longer.

This has been a topic on everyone’s lips, and as I said at the top, having 5 experienced players returning, rather than losing for the rest of the season is a massive bonus. I, along with many, believe that injuries have finally (in a weird way) done us a favour. No other side has so many players returning that could make as big a difference, and with us being in the position we are in, this could truly be the catalyst for a end of season run to the title. I’m trying to keep a lid on it, it’s only January, but you have to admit, things are looking up.