Get a Winning Team

The spring of 2007 was unseasonably warm in London. As the sun crested the early morning, a man shaved and brushed his teeth – rehearsing the lines again in his head.

As he continued to prepare for his morning meetings, he questioned what he was about to do. In the past, he had been clear in his mission – often taking on riskier and riskier endeavors to bring success to the club he loved.

There’s the story of how he had camped outside Atlético Mineiro’s training ground in Brazil in order to sign Gilberto Silva, and the promises of a more attacking team he’d made to an out-of-form Dutchman at Inter.

But the game was changing again; the influx of money into the Premier League since it’s inception in 1992 was accelerating – and foreign ownership was the newest frontier.

In 2003, a Russian oligarch had come sniffing in North London – only to end up setting up shop at Stanford Bridge. The Americans had acquired Manchester United in 2005 and there were rumours of Sheikhs and Royal Families looking to buy in as well. The Premier League was gaining global appeal and the money involved was hastening the quality of competition in the League.

An American billionaire had shown interest in the man’s club – and despite knowing his own Board’s reservations on foreign ownership – he knew that this was the way forward. It could ease the club’s massive debts tied to the stadium move and inject funds for even more high profile transfers. The Invincibles wasn’t that long ago but the team was already being dismantled and a shot in the arm was needed to stay competitive.

The man combed his dark hair, graying at the temples, and began to tie his red tie – the contrast of it against his crisp white shirt reminded him of the task at hand.

He went over his key points one last time and then staring at himself in the mirror, he spoke a single line – the same line he recited every day before heading to the office:

“Get a winning team.”

Nine years later and we know how David Dein’s meeting with the Arsenal Board went on April 18th, 2007. Arsenal confirmed the separation of Dein and Arsenal Football Club over “irreconcilable differences” – presumed to be over Dein’s support of the American billionaire joining the Board.

Despite his acrimonious exit from Arsenal, many still lament his loss. Dein’s name can often be heard splashed about by supporters when transfer dealings aren’t going the way they should, or when it feels apparent that Arsène Wenger doesn’t have a counterpart to keep the manager accountable.

Many fans feel that having Dein back at the club would free up Arsène to worry about managing and focus less time on transfer dealings – his reputation as a ditherer in the market not wholly unjustified.

While that prospect is enticing, particularly with the large stacks of cash gathering dust in the Highbury House coffers, at 72 it’s hard to see those differences ever reconciled between David Dein and Arsenal Football Club. 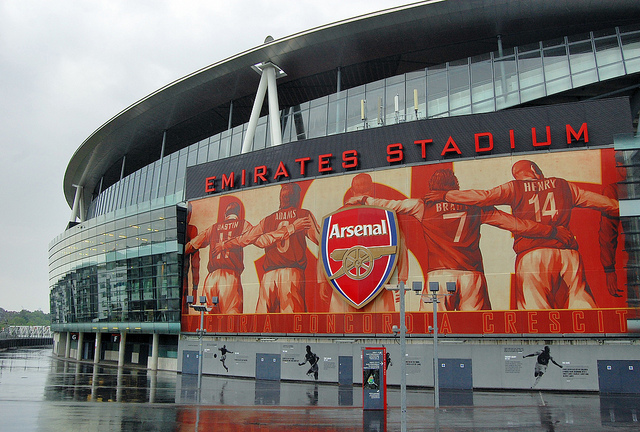 The move to the Emirates makes less sense when we don’t invest in the team. Credit jpellgen under license.

There is so much noise these days when it comes to being a fan of Arsenal. It surrounds us, on social media, in the papers, from pundits and even our fellow supporters. It’s hard to shut it completely out and in many cases, sifting through the noise reveals some thoroughly enjoyable nuggets of information – the connection we have today to our club is unprecedented.

We still get caught up in the Wenger in and Wenger out debate (one I’m deliberately leaving alone here), we make banners and protest, and we review the financial reports annually – asking questions about Corporate Governance.

There’s the debate on ticket prices (a valid one at that), talk about TV Deals and hiring new academy coaches, and the separating of fans by their geographical dispersal.

There’s accusations that new “opera” going fans are the problem at the Emirates – with a sense of entitlement they’ve brought over from the high end entertainment they’re used to doling out for (this is silly). Some accuse Dick Law of being a terrible negotiator, or start looking longingly at what the competition is spending as our main issue.

All of this is just noise. Blah, blah, blah.

Things are far from perfect at Arsenal, even sitting here after the opening day defeat to Liverpool, I have a pit gnawing away in my stomach. But many of the things we focus on as fans are just distractions – beware that noise.

The thing is, when we lost David Dein in 2007, we didn’t just lose his business acumen and great ability to get a transfer deal across the line, we lost his mantra at the club:

Get a winning team.

Sure the juggernaut has carried on for years, continuing to make more and more pounds sterling through lucrative commercial deals and rising ticket prices – but there is a fundamental disconnect between our financial resources and the team we field each weekend.

That singularity of purpose has been forgotten, or lost, or worse yet – perhaps never known since Dein left. It really is simple – do everything in your power to get a winning team.

That should be the job of every footballing executive and yet somewhere along the line it get’s muddled – watered down by flash new kits and £3M dividends.

At Arsenal we grow frustrated knowing that without spending the resources available to us – we aren’t doing everything in our power to get a winning team.

Last summer we bought exactly zero outfield players and this summer, we have yet to address the needs set out by the club at the beginning of the transfer window. Now that could still happen as I write this (and I suspect it might), but if it doesn’t – it becomes impossible to argue that the club are doing their best with the financial firepower available to them.

Set against the context of getting a winning team, new stadiums and record kit deals make perfect sense. But overlaid with the divide of being left short on the field year in and year out and it’s easy to see where the frustration stems from. 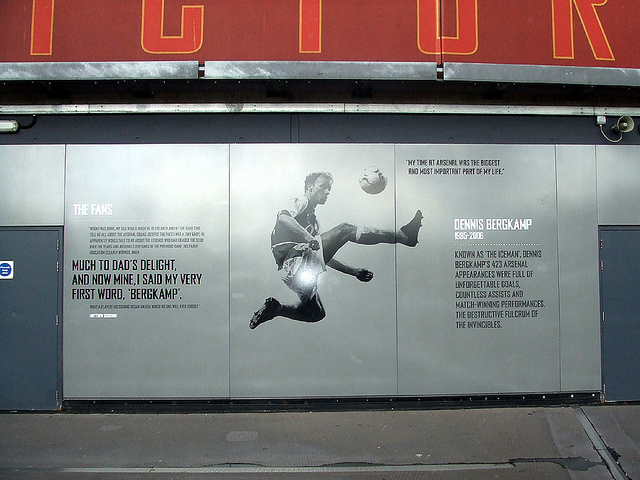 What a signing he was. Credit Graham C99 under license.

It’s refreshing to see a team like Leicester use every possible resource available to them to push on and win the Premier League while equally depressing seeing our very own club wane in it’s own austerity.

It’s not an irreversible slide. As a club we have the capability to compete – we have a decent team, a sustainable financial outlook, and the infrastructure to attract the world’s best talent. The problem is that the leadership at Arsenal don’t seem to acknowledge there is an issue. How does that phrase go – you can’t wake someone up who is pretending to be asleep.

Whether you miss David Dein or not, the winning teams he helped field during his tenure at Arsenal Football Club were amongst the best in the club’s history. While those teams will live forever in the memory of those that saw them, the real tragedy is that his mantra wasn’t permanently imprinted on the leadership still at the club.

I’ll be happy, as I imagine most of us will, when we know that every resource, every penny, has been used to get a winning team. But until then, expect a whole lot more noise – it could get deafening.

Check out our latest offerings at #ABW: