To kick things off, we’re bringing you a special four part Bloggers’ Season Preview this week. We’ve all gotten together to write a few words on a given topic. For Part 4, we’ll all give our predictions for the season in 250 words.

You can find Part 1 on our Best XI’s here, Part 2 on Players to Watch here and Part 3 on Transfer Business here.

Can we measure up? Can the last three years of work on the canvas finally produce a masterpiece? For me, the answer is yes.

As I have stated previously in many a discussion, there are three keys to winning the Premier League: quality in depth, a strong defense and tactical flexibility. We certainly have all three, but the addition of a fourth quality, belief, is perhaps the most important reason why I feel this is our year.

When you look at United under Ferguson, and to a lesser extent Chelsea under Mourinho, both sides had all the tangible requirements to win the league, but they also took to the pitch every match assured of the result before a single ball was kicked in anger. Yes there is a fine line between being self-assured and overconfident, but unless you skirt the line to the thinnest degree possible, you’ll never truly achieve.

No one can deny that The Invincibles went into every fixture knowing they’d play you off the park before the 30 minute mark – that’s not being overconfident, that’s know your own abilities and putting faith in yourself, your squad mates and the manager. If there was ever a time where Arsenal has found rebirth in those qualities, it’s here…it’s now.

We won’t just challenge for the title this season, I truly and genuinely believe we will win the league – besides, who doesn’t want to see the look of astonishment on Mourinho’s face a second time?

It has been a long time since Arsenal have been taken seriously as genuine challengers for the Premier League title, but that is the case this season. There is a mood within the media and the fans that the squad has finally matured, finally developed the necessary experience and backbone to go all the way.

It is that same feeling that resonates in me. For the first time since 2007, I firmly believe Arsenal have a team that can win title. I am not saying that they will, but a glance through the squad suggests they have the necessary attributes. 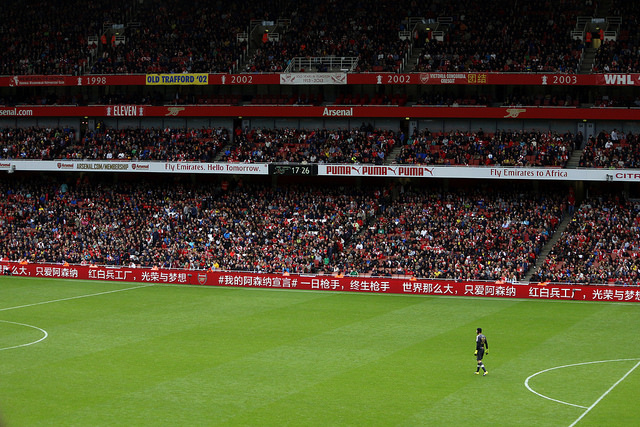 Will Arsenal be the last team standing come May? credit: DSanchez17 under license

Starting at the back, the defence is as strong as it has been since the start of the decade. The club has its best goalkeeper since David Seaman and Laurent Koscielny is now one of the most accomplished centrebacks around.

In front of them the team finally has the wrecking ball it has been crying out for – Francis Coquelin. The Frenchman has added the bite to a midfield which has always been oozing creativity and class.

Perhaps up top is where the one concern would be. The likes of Mesut Özil and Alexis Sánchez make for a tasty support cast, but a world-class number nine would ice the cake. Of course, there is still time while the transfer window door remains ajar.

I am not one for predictions, but I suppose with something like this I ought to. So my firm belief is that Arsenal will be in the title race with three games to go, what happens after that remains to be seen.

If you listened to the end of season bloggers special podcast on ABW, you would have heard me say when asked (what are my expectations for next season,) “winning the F****** league mate!” Pardon the expletive, but that was my honest valuation of the season ahead, and I stand by that.

The progression this team has made in the last few season, not to mention winning trophies and getting that winners mentality, is only going to push us on further. Even if I have reservations about Čech still being world class, no matter what, his experience and calm demeanor will only serve the backline and the team for the better.

I’m confident we can win the league if injuries don’t get in our way. I’m not “Liverpool – we can win it every year for the last 25 years” confident, but we have good depth, star talent and a great mixture of experience and youth throughout the team.

I think the Champions League quarter finals should be the minimum requirement for us – if nothing more than clearing another mental hurdle of not getting past the first knockout phase for a while. And hey, while we’re at it, why not try for a third straight FA Cup?

The best thing about having a complete squad is being able to compete on all fronts. I’m not a greedy Barcelona like fan expecting to win between 3 and 6 trophies a season, but I think we have more than enough talent to think we should be right about there for one a season. No one wins everything every year and we are no different.

But things are finally back on the up for Arsenal, and those days of struggling for fourth are gone my friends. It’s on the team, the manager and us fans to get behind the team and support them no matter what happens. We are in a very competitive league, but we are finally ready to fight the good fight.

I for one cannot wait for Saturday – bring on another season! Another Arsenal season is right at our doorstep, and it could be a special one for sure.

Winning back to back FA Cup’s has certainly given this squad the taste for winning and this, of course, is a very good habit for a club like Arsenal. The recent additions to the squad of Čech, Özil and Alexis Sánchez are all players who have won big prizes throughout their careers and it is something that they expect, which is exactly the mentality we need.

The squad had a blistering second half of last season and Wenger knows that we can’t afford another slow start. The preseason this year touring out of the UK was relatively short compared to past summers and I don’t think that is a coincidence when you compare that to the start of the last two campaigns. 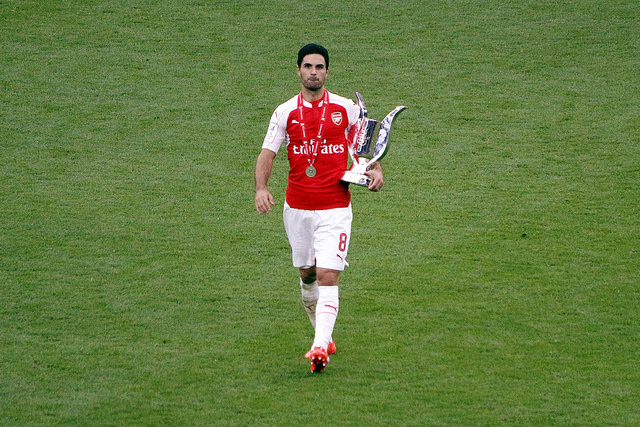 Are more trophies on the way this season? credit: DSanchez17 under license

This season I get the impression that Wenger will use the squad to its maximum to ensure players don’t suffer burn-out which could really benefit us over a long season. We now have a very competitive squad with excellent back-ups in all areas of the pitch.

Having a summer where we are the buying club instead of the selling club is of course positive and long gone are the days of having the Van Persie and Nasri’s of the world mouthing off to the press about wanting to win trophies.

I think this team is ready, we can go one better than the last two seasons and win the Premier League. I haven’t fancied us to win the title for many years now, but it feels right, the balance, harmony and cohesion of the squad has all the correct ingredients to lift the trophy in May.

We’re on the brink of yet another Arsenal season and my stomach is in knots. It’s a mix of bad tacos and optimism and the result is the sort of sanguine anticipation you get on a second date – you know you have a chance but it does nothing to stop the nerves.

Do I think we will win the title this year?

I think we have the best chance in years to do it.

What we’re seeing this year is the culmination of ingredients that have been slowly marinating over the last dozen years. The shackles of finances wrestled free, the maturation of our own British core, the signing of star players in key positions, and a squad that shows a togetherness I have not seen since the Invincibles.

Crap. Now I’ve done it. Ok, only whisper that last bit so as not to jinx it.

It should tell you something that we’re even having the conversation this summer; that we’d even permit ourselves to believe we can win it. I’ll tell you this, if we’re within 2-3 points of the top of table after 10 games, we can do it. We’ll also know a little more about the squad once the transfer window slams shut in September.

The Premier League is won on fine margins: it could be a goal in a key game, an injury in a critical time or simply how a team responds to a defeat. I think we’ve done enough to mitigate against those margins going against us but will it be enough to win silverware? We’ve got 38 games to find out and I can’t wait for it to kick-off.

Hopefully you’ve enjoyed our 4th and final part of our Season Preview.  Be sure to check back during the season for regular blogs from the guys.