Welcome back to Stick or Twist – the regular Tuesday blog from #ABW Chief Blogger, the Other Geoff.  The concept is simple – OG will pick a few topics each week and give his thoughts followed by a verdict using the terms STICK or TWIST.  Then you get the chance to vote and let us know if you agree.

I missed last week’s Stick or Twist column due to a large amount of pressure washing that needed to be completed in order to open “OG’s Beer Patio” for the season.  I’m sure you can all agree that was time well spent.

At any rate, I had every intention of addressing Thierry’s comments from post-Chelsea in this column last week.  His words on the necessity for Arsenal to sign four top class players this upcoming window struck a nerve amongst fans, players and even the manager himself.

Here are a couple quotes from that passage so we can level-set the conversation:

“You need competitiveness within this group and you need great players.  In order to win the league that has to happen.”

Thierry also singled out Giroud as a player that would not be capable of winning the league leading the line for Arsenal – despite acknowledging that he’s done well this campaign.

The comments were met widely with derision amongst our fellow fans with many condemning the King to the scrap heap of punditry.

But was Thierry really that far off?

If you disagree with Titi, and let’s face it – many of you did, then your argument is likely founded on the fact that our form in 2015 has been absolutely fantastic – likely close to title winning form.  “If only we had 10 more games to reel in Chelsea” I hear you saying.  Add the calendar year of 2013 and I can’t help but feel that we’re close – not quite there, but close.

Why was that?  Or better yet – why do you think we’ve been better since January (I’m openly leading you here)?

I think if you look back at what was happening in that period – there are a few things to note: Giroud returned from injury and has been in excellent form, Coquelin emerged as a first-choice defensive midfielder, Ospina openly claimed the top spot as first choice keeper, and the Mertesacker/Koscielny defensive axis was restored after a hodge-podge autumn of random defenders.

A goalkeeper, a centre-back (okay two playing regularly), a defensive mid, and a striker.

That isn’t a coincidence.

If you’re with me here, surely then we can agree that if something were to happen to any of those players – be it injury, suspension, a drop in form due to late night shenanigans with a young lady named Celia – then you’d need someone to fill in for them; and ideally that someone is as good as the player they’re covering.  Let’s face it, that would be the only way to keep a consistent and decent run of form going in the league.

Position by position, we could discuss our available coverage and competition for places and have an excellent debate.  The goalkeeping position I’ll expand on in the next section.  We might be okay defensively with the purchase of Gabriel but I’d like to see one more in for coverage – especially a player for the future as both Per and Dave get older.  In the defensive midfield spot, if something were to happen to Coquelin (in a card happy position no-less), where would that leave us?  And up front – well I flat out disagree with Thierry’s assessment of Oli G – and that could be an entirely different blog – but should the big man go down for a sustained period next season, I’m not comfortable yet with Welbeck leading the line.

If you accept that there are a few of those spots that need coverage (CB, DM, ST) and/or competition (GK, DM, ST) then surely the four players Henry mentioned aren’t far off; especially if we are looking for players that improve us – which has been the mantra of recent transfer windows.

I think where I land on this is that I don’t totally agree with Thierry and I don’t totally disagree.  I think adding those four players would undoubtedly improve us and set us up for a sustained title bid – but I also don’t completely believe that we should be buying starters in all four of those spots either.

Verdict: TWIST – In my opinion, Thierry didn’t totally get this right.  Yes, of course buying four World Class players would make any team better, and we need coverage and competition for places – but we’re dealing with a finite budget and a very good team already.

On Goalkeepers and Transfers:

Over the last month or so there have been several reports that Hugo Lloris has a buy-out clause of €20M should Spurs fail to qualify for the Champions League.  Under scrutiny, the claims haven’t held up, but it hasn’t stopped many Arsenal fans from quietly wondering “what if?”

Several sources have reported that the clause doesn’t exist but even if it does exist – I can’t see him coming to Arsenal this summer – it just ain’t going to happen.

Lloris is a good goalkeeper with Premier League experience and a French International – and at around £14.73M, he’d represent decent business for a Champions League bound team in need of a goalie.  Even without the clause, Spurs may be tempted to sell with the prospect of a stadium to build looming over them – but it won’t be to Arsenal (Čech is the same deal folks).

I’m in the camp that would like us to go out and find a decent goalkeeper this summer to compete for places at the Arsenal.  Ospina has looked good since taking over as the number one, Martínez too has looked the part when called on, but Woj – well he just doesn’t seem to be growing up.

Don’t get me wrong, Wojciech has tremendous natural ability – but he undermines it with a lack of maturity at times.  Alarmingly, he doesn’t seem to be learning from his mistakes (his quick release to players under pressure continues to cost us goals) and his “smoking in the shower” routine only serves to underline that point. Szczęsny’s problems between the sticks appear to be mainly between the ears.

Now I get the argument that he’s young and has a lot to learn, but surely you’d want to see some sign of improvement on previous mistakes?  A good keeper should earn his team between 20 and 30 points a season and I’m not certain Woj is that guy.

I also believe that the three goalkeepers in the first team represent a system based on competition and experience.  I like the idea of a young keeper, a keeper in their prime, and an older keeper that has a wealth of experience – it allows all three to learn together and still provides good coverage and competition for places.

At 26, surely Ospina can be our keeper in his prime; Martínez, at 22, the young up-and-comer; but that leaves a gap in the elder statesman’s role.

It’s an interesting thought if Arsène Wenger decides he’s had enough of Wojciech’s antics but how is this related to Hugo Lloris?

While I can’t see Lloris crossing North London, it is entirely possible to see him heading to the red half of Manchester – especially if De Gea heads to Real Madrid this summer. United will be looking for a new number one and Lloris would check all of their boxes – and they’d seemingly have the money to do it.

If De Gea were to go to Madrid, that could open up an opportunity for a club to go for Iker Casillas.  He is precisely the type of player that I’d like to see as one of our three goalkeepers.  He’s won everything there is to win and at 33, he still has a lot to give a team like Arsenal.  I know it’s hard to see him at any other club but Real, and wages could be a major stumbling block, but if he were to leave Madrid this summer – could we not surely be a part of that conversation?

This is just wild speculation at this point and if there were any more “ifs’ added to this topic, well Aunts would be Uncles.  But there is a thread of sense that runs through it so please let me know what you think in the vote below.

Verdict: TWIST – I’d like us to shake up our keeper situation and look at bringing in a mature keeper with good experience to compliment Ospina and Martínez. 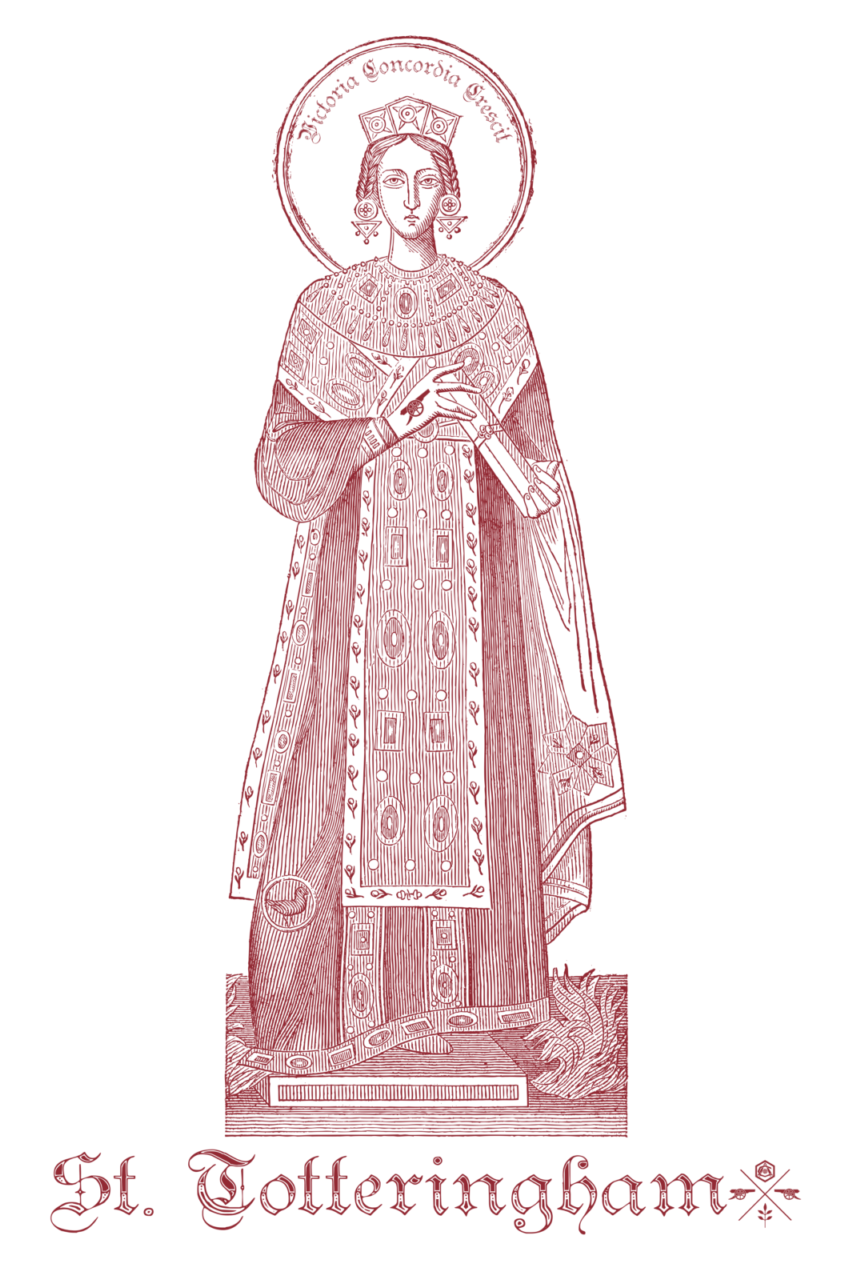 With the race for top four looking to provide the drama this season, we can, once again, celebrate St. Totteringham’s Day early this year.  For me it comes as a welcome change from recent years where we’ve had to wait until the last day to find out if we could celebrate.

Don’t get me wrong – wild, yet inaccurate, last day celebrations spurred on by false score lines from St. James Park make me smile to this day; as does the traditional meal of lasagna, but an early celebration of St Totteringham’s Day signifies a widening gap between the two teams.  After an era of “Mind the Gap” and “Top Four is our Everything,” it’s good to be able to focus on finishing as high up the table as possible and preparations for the FA Cup.

The cynic in you will point to a draw and loss not being good enough in terms of our head to head record this season, and I’d agree wholeheartedly – but over the course of 38 games, we’ve been a better side.

It’s also hard to say when this day will land in future seasons with Spurs ready to embark on the building of their own stadium – a project that can have a certain negative effect on teams competing in the league.  A team attempting to raise funds for said project may be tempted to cash in on players like Lloris, Erikson, and Kane.

Before I leave you to enjoy – here are a few St Totteringham’s Day stats*:

Verdict: TWIST – Enjoy your day, collect on bets made by cocksure Spurs fans at the beginning of the season, and hope we see this day again next season.

A big thanks to Jordan (@JordanWeeb) of the Fresno Gooners (@FresnoGooners) for letting me use his fine art in this blog – go give the man a follow!

* Note that the source of the stats is this site.  It is an excellent resource and well worth a look.